Marcello Jori was born in Merano in 1951. He lives and works in Milan.
A protagonist of Italian art in the 1980s and 1990s, he is now the creator of an art that has few peers on the current scene. He began his career in Bologna in the 1970s, using various media including photography, painting and writing. His first solo show came in 1977, at Galleria de' Foscherari in Bologna, curated by Renato Barilli.
From the outset, the use of words has been a recurring feature of his work. At first he concentrated on painted writing, and in the 1980s he was one of the founders of the “new Italian comics.” He published works in Italy with the magazines Linus, Alter and Frigidaire, and in France for Albin Michel in L’Echo des Savanes. He has also worked with the magazines Vogue and Vanity. From 1992 to 1998 he worked exclusively for the Japanese publishing house Kodansha. At the start of the 1990s he had three important exhibitions in America: the group show Psycho curated by Christian Leigh, a four-man show with Dan Flavin, Sol LeWitt and James Croak at the Kunsthall in New York, and a solo exhibition at the Art Institute of Boston. In the 2000s he published Nonna Picassa, a novel, with Mondadori.
In Milan in 2003, at Galleria Emi Fontana, he presented the Predicazioni for the first time, book-works written and illustrated by hand, one-of-a-kind creations in which he narrates the lives of legendary artists in an original way.
In 2007 he began to work with important design companies like Alessi and Moroso. From 2011 to 2015, for his last solo shows, Fondazione Marconi published his five volumes titled Gli Albi dell’Avventura. Since 2011 he has worked with Corriere della Sera, creating six cover illustrations and writing about art from an artist’s viewpoint. For Flash Art, in 2014 he began the first history of art in episodes, drawn and directed by an artist. In 2016, with Rizzoli, he published the Storia Dipinta dell’Arte (Painted History of Art), the first such work written and painted by hand by an artist, also released in an English edition by Rizzoli New York in 2017. In 2018 he created an illustrated manuscript version of The Adventures of Pinocchio by Carlo Collodi, the first edition of which was published by Galleria Mazzoli, and the second by Rizzoli in 2019.
Marcello Jori calls himself an “all-around” artist, referring to the dimension of the Renaissance artist that applied the same expertise to painting and sculpture, operating as a designer, working on architecture and writing treatises, while above all being a painter. Marcello Jori has taken part in three Venice Biennials, the Paris Biennial (1985), and two Rome Quadrennials (1986, 1996). He has had exhibitions in national and international galleries and museums, including: Galleria d’Arte Moderna, Rome; Castel Sant’Elmo, Studio Morra and Studio Trisorio, Naples; Studio Marconi, Milan; Museion, Bolzano; Museo d'Arte Moderna Bologna, Galleria d’Arte Moderna and Galleria De’ Foscherari, Bologna; Galleria Civica d’Arte Contemporanea, Trento; Hayward Gallery, London; Kunstverein Frankfurt; Holly Solomon Gallery, New York City; Ocean House, Miami. 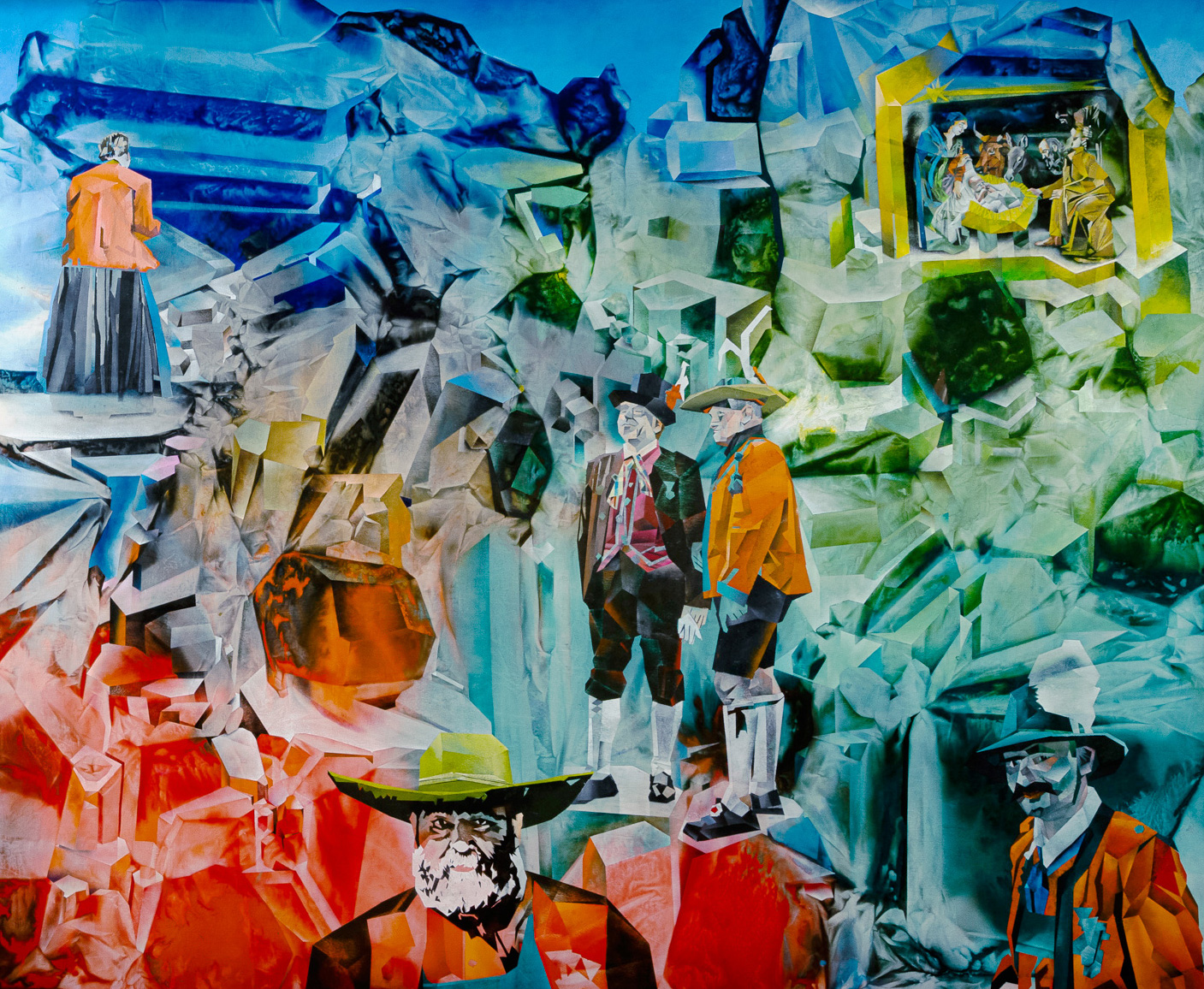 
Galleria Mazzoli presents the exhibition è nato by Marcello Jori. After the tribute to the great masterpiece of Carlo Collodi The Adventures of Pinocchio, presents a new project in collaboration with Marcello Jori: an artist’s nativity scene. The idea comes from the intention of the gallerist Emilio Mazzoli to bring the great tradition of Christian art into the gallery, and Marcello Jori, with his enthusiasm for the idea, was the right person to come to terms with such a project.
The artist has created a large wooden crèche composed of painted reliefs depicting all the characteristic features of the nativity scene: the baby Jesus, the Virgin Mary, St. Joseph, the manger, the ox and the ass, the shepherds, the comet, the Three Kings. In the background looms a mountainous landscape, a tribute by the painter to his homeland. This large high relief is enhanced by special lighting that brings out every detail, every facet of the work.
Besides this nativity scene, the artist has also made a large diptych on canvas, L’andata al presepe (Going to the Crèche). Just as the great painters of the past depicted the sacred events of their time and their city, Marcello Jori sets the nativity scene in his Tyrol homeland, with characters in traditional dress. To make this work the artist convinced the leaders of the Schützen (the local guards), from the various valleys of Alto Adige, to pose for him in their original garments from centuries ago. The exhibition also includes individual three-dimensional works and drawings.
The project sets out to reinterpret sacred art in a modern way, not with irreverent intent but with an attitude of both aesthetic and moral respect, presenting an antique, traditional creation like a crèche in a gallery that has always featured avant-garde art.

The exhibition will be accompanied by a catalogue with writings by Erri De Luca and Achille Bonito Oliva, published by Galleria Mazzoli in 500 numbered copies. 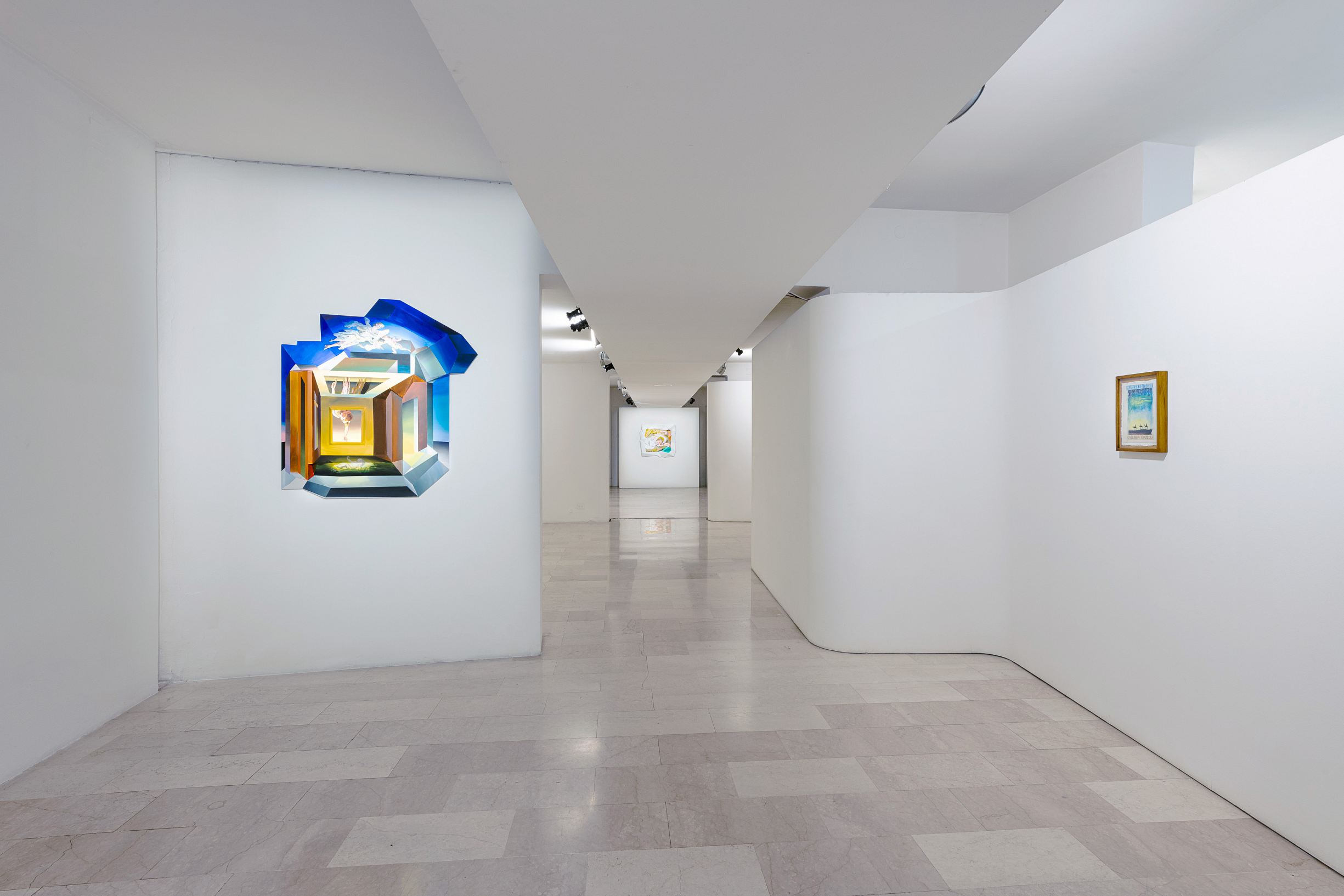 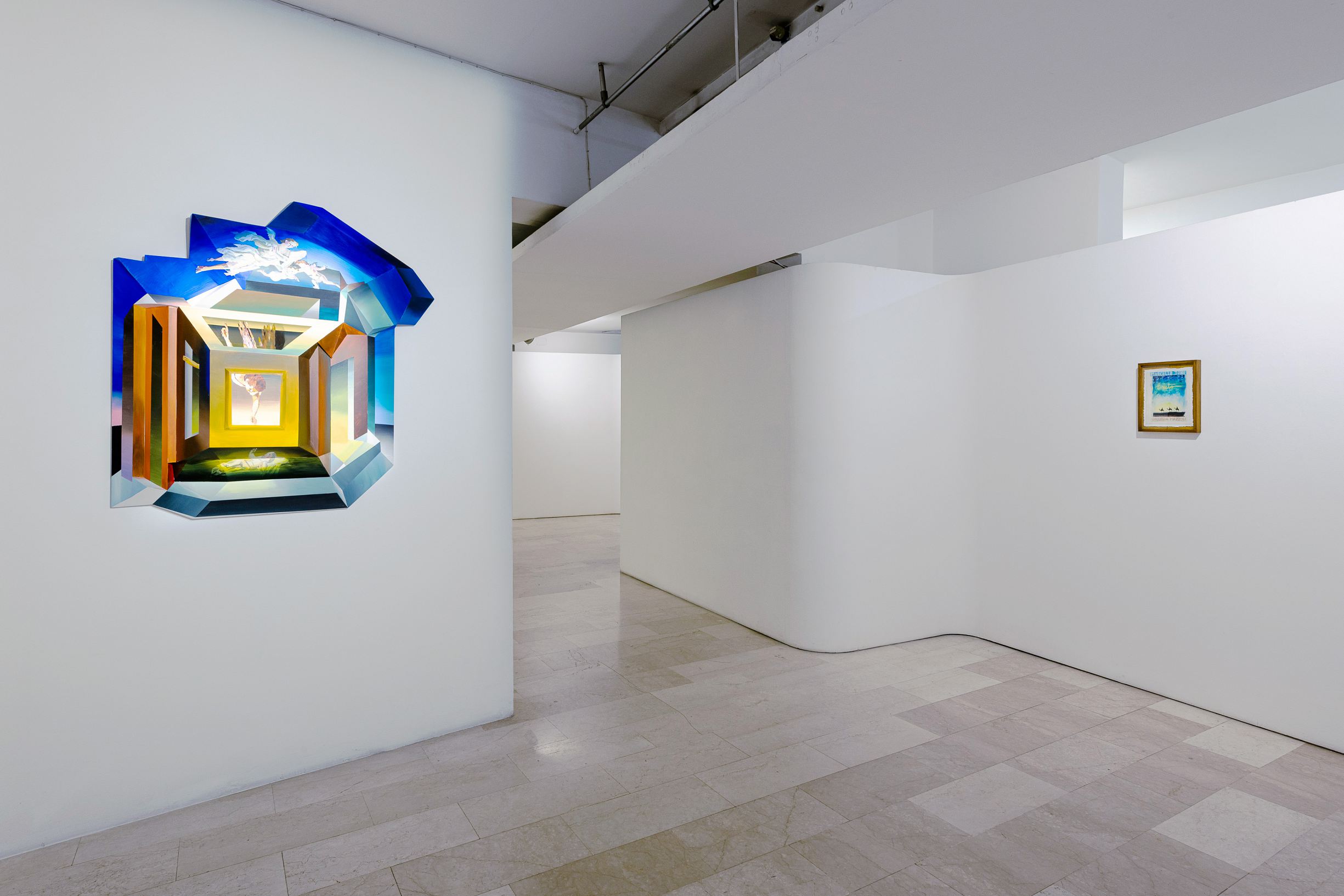 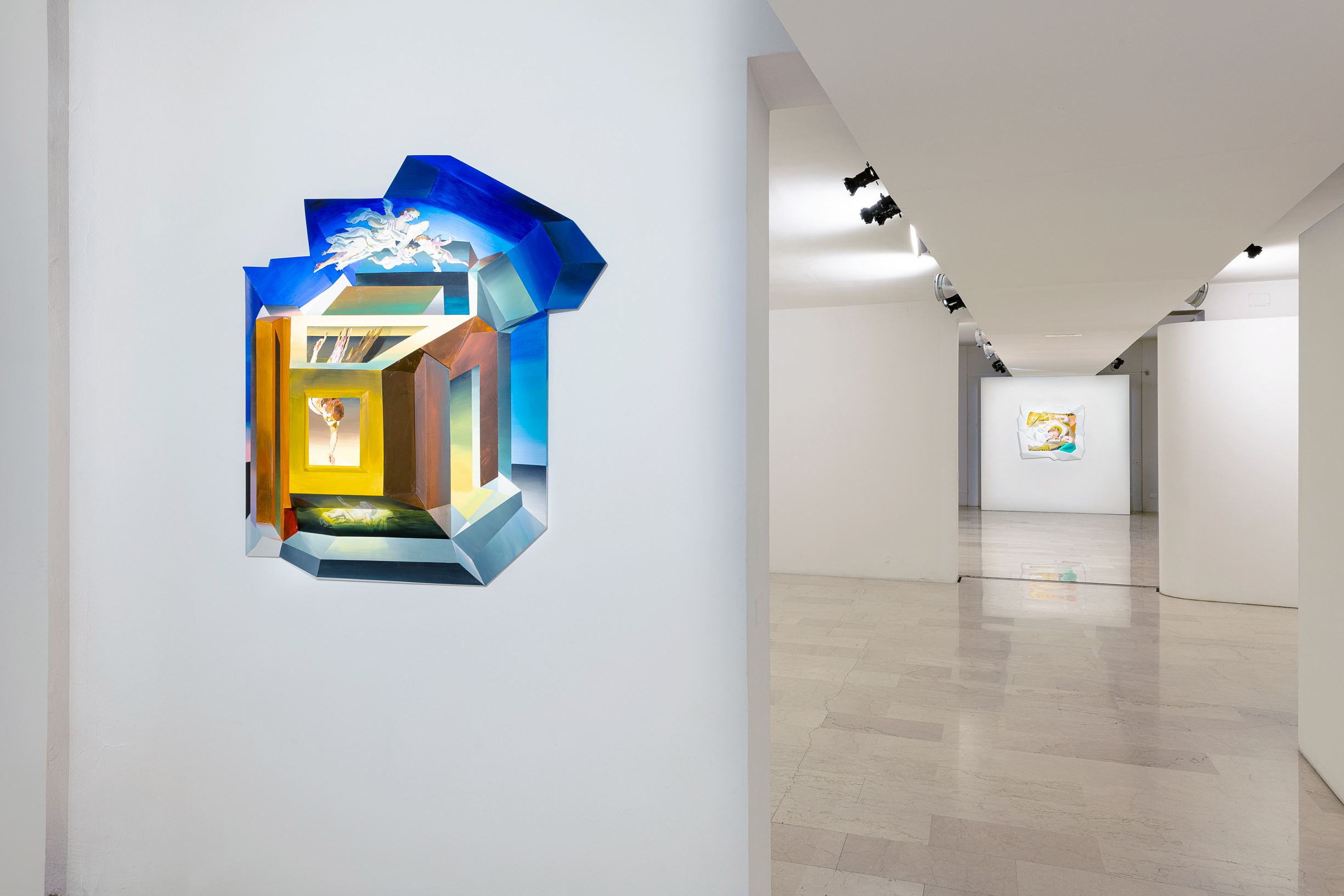 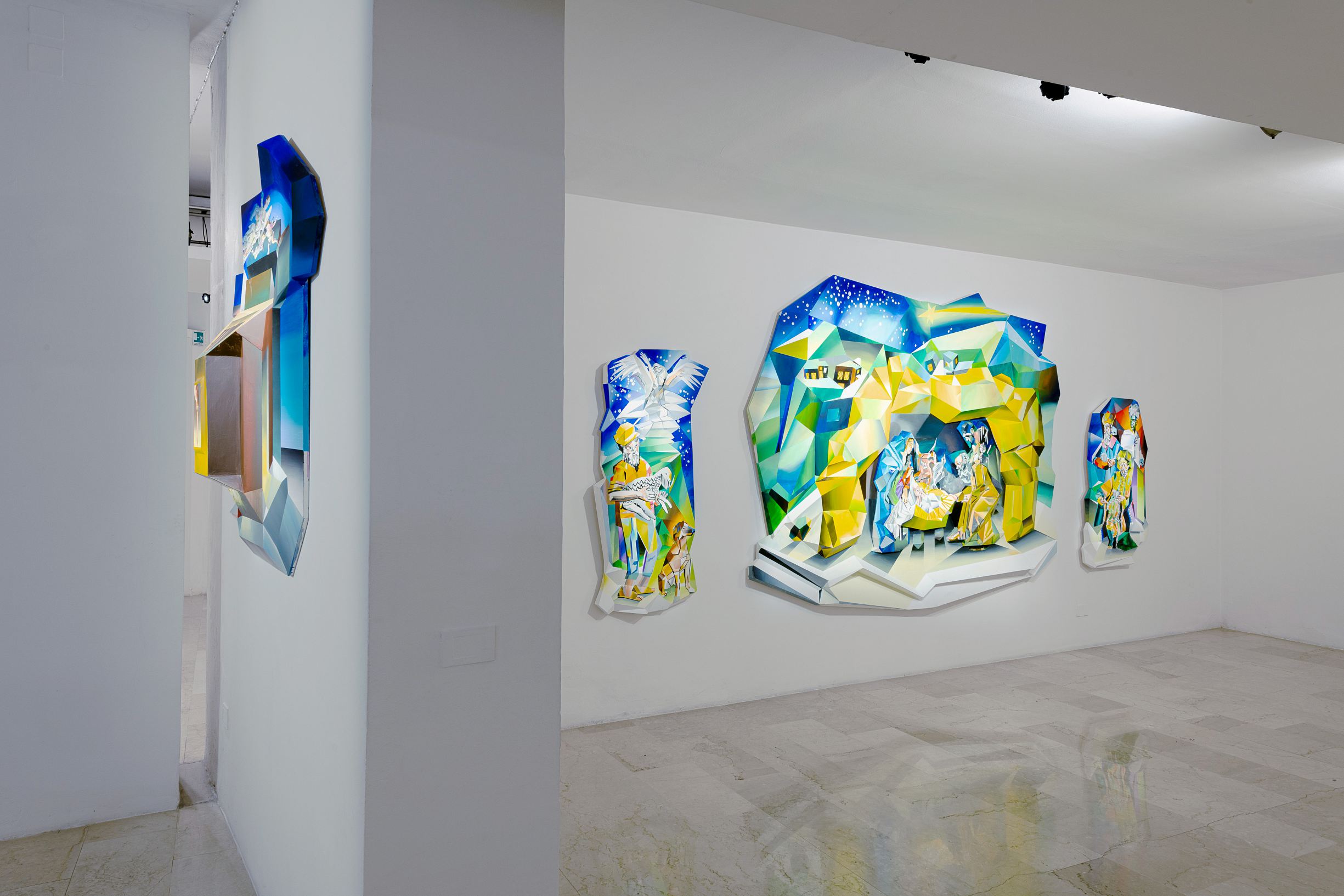 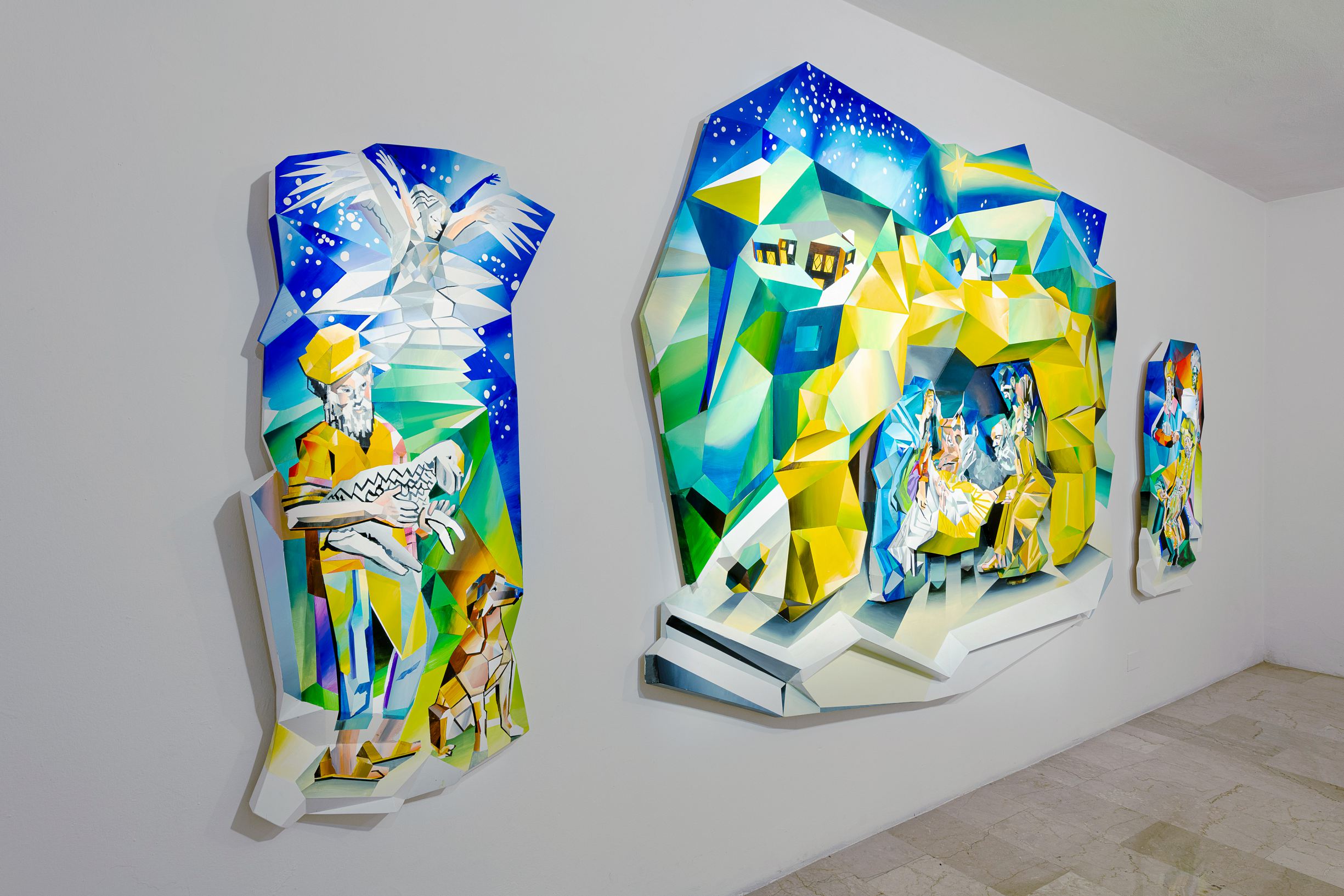 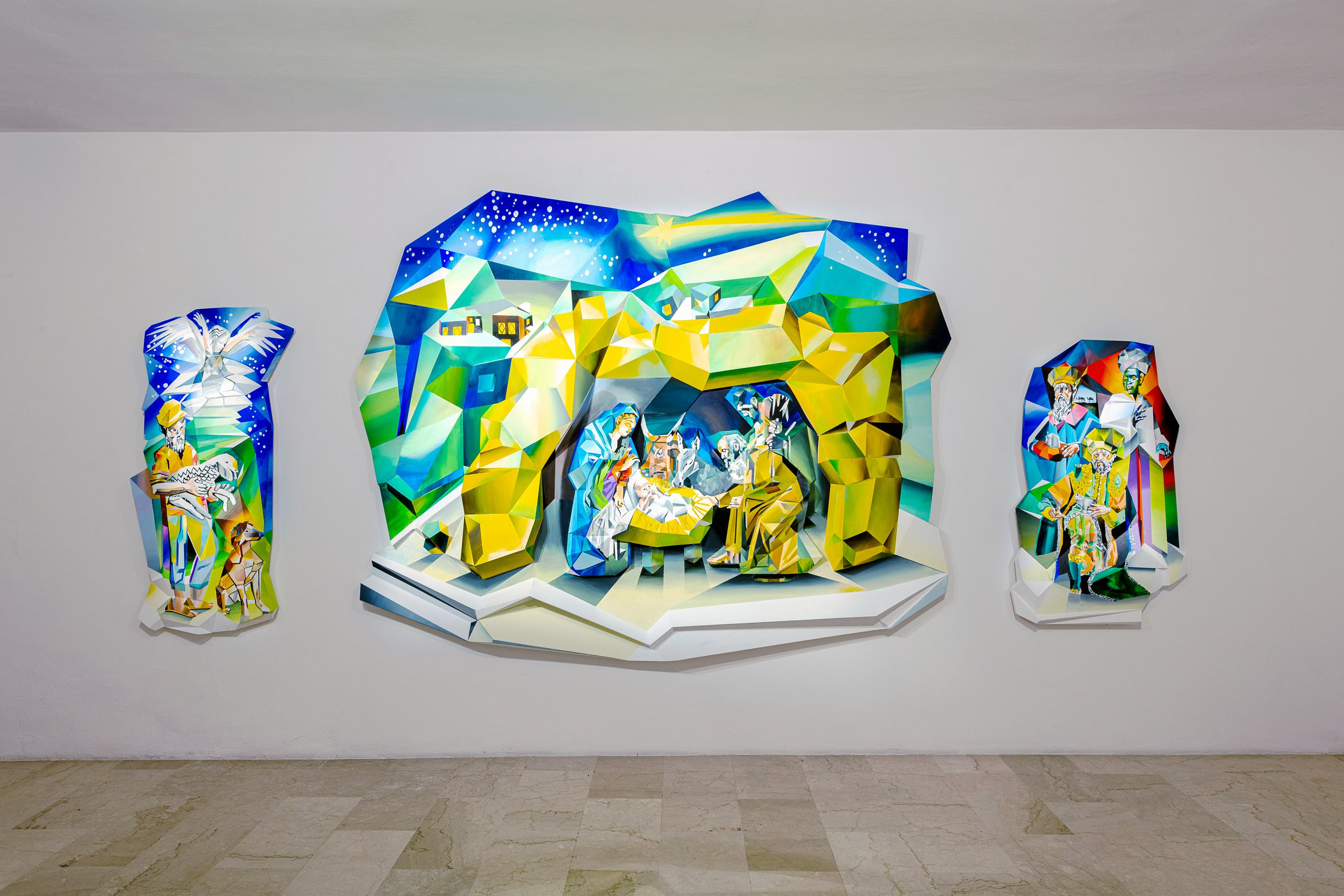 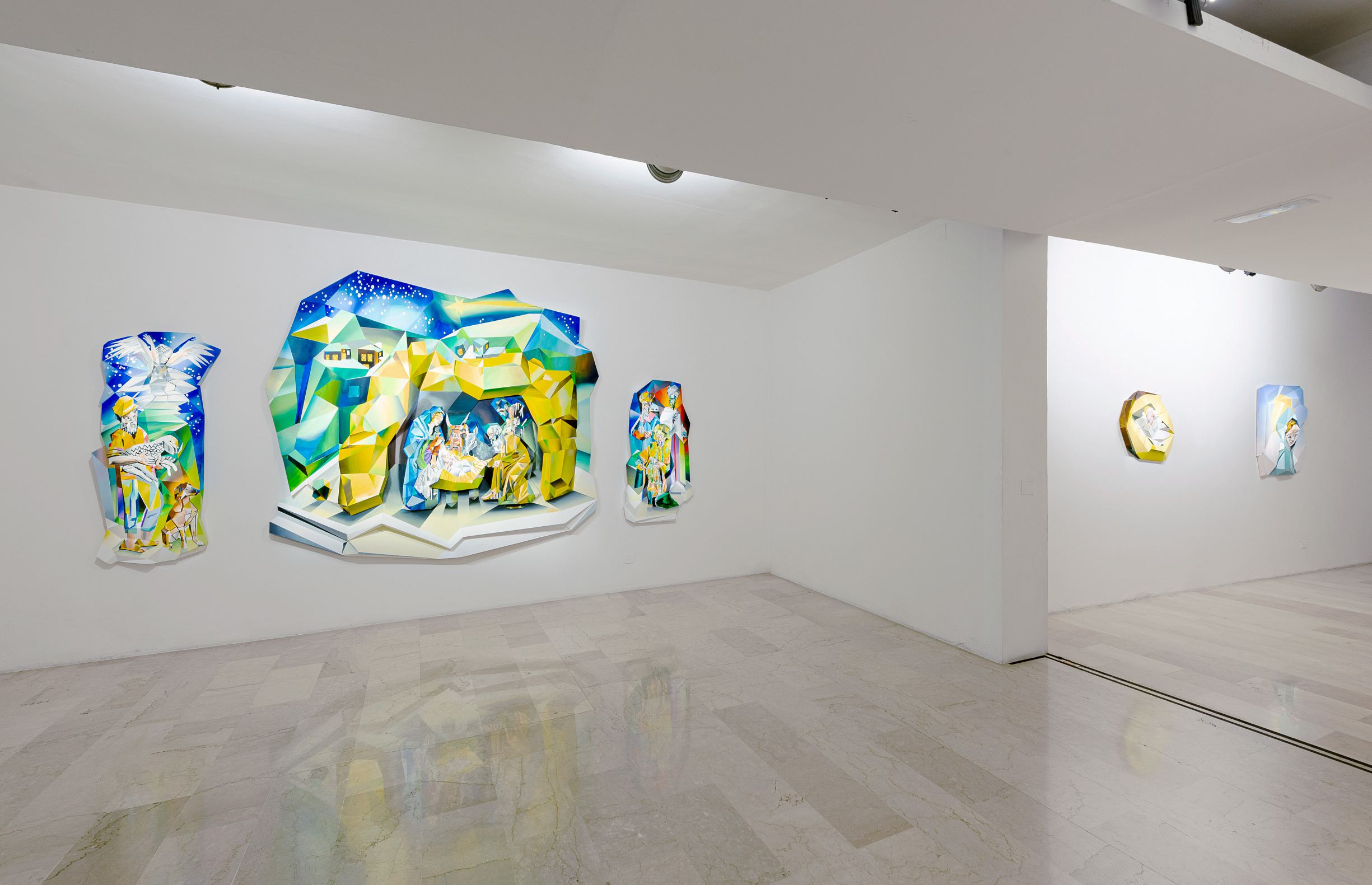 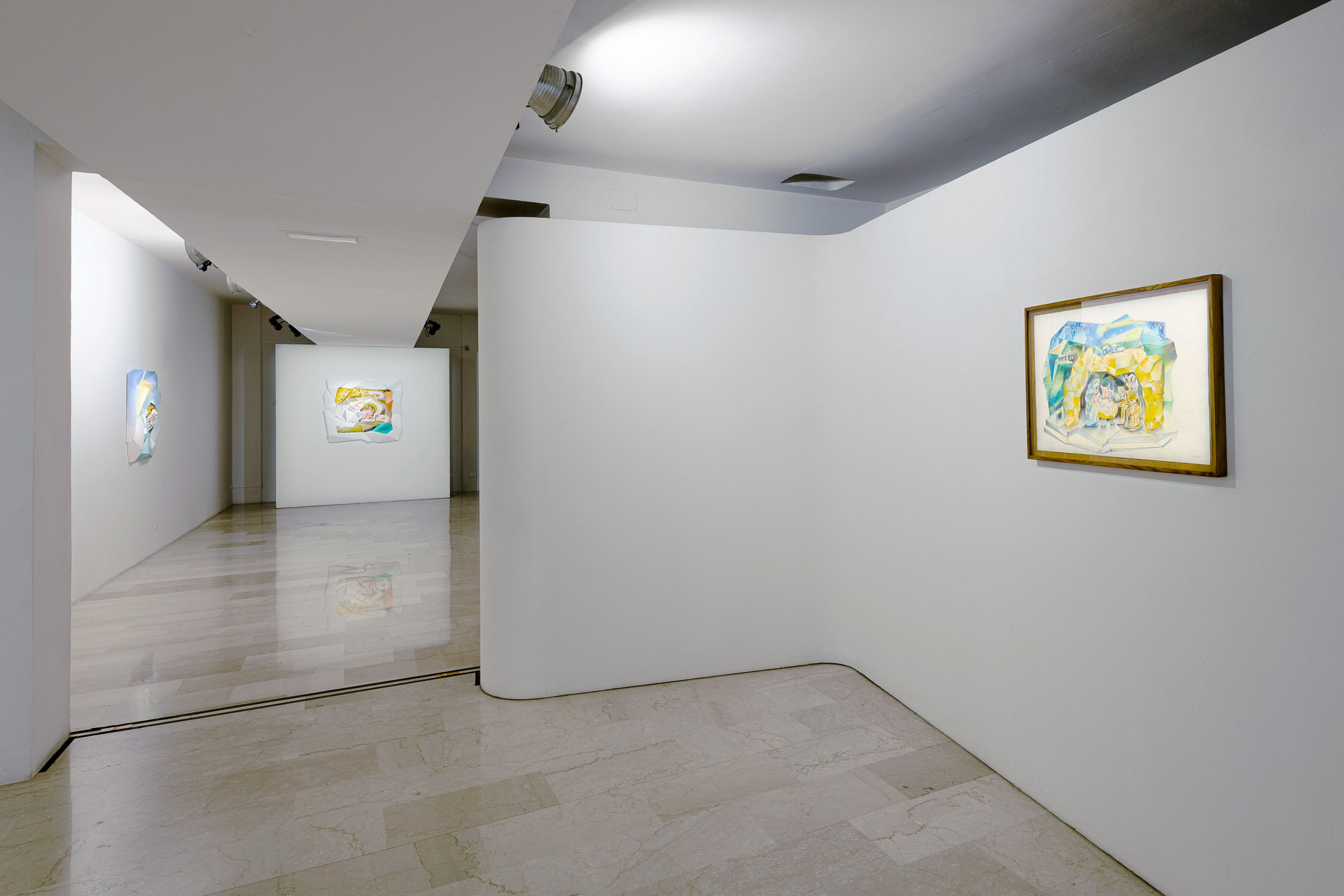 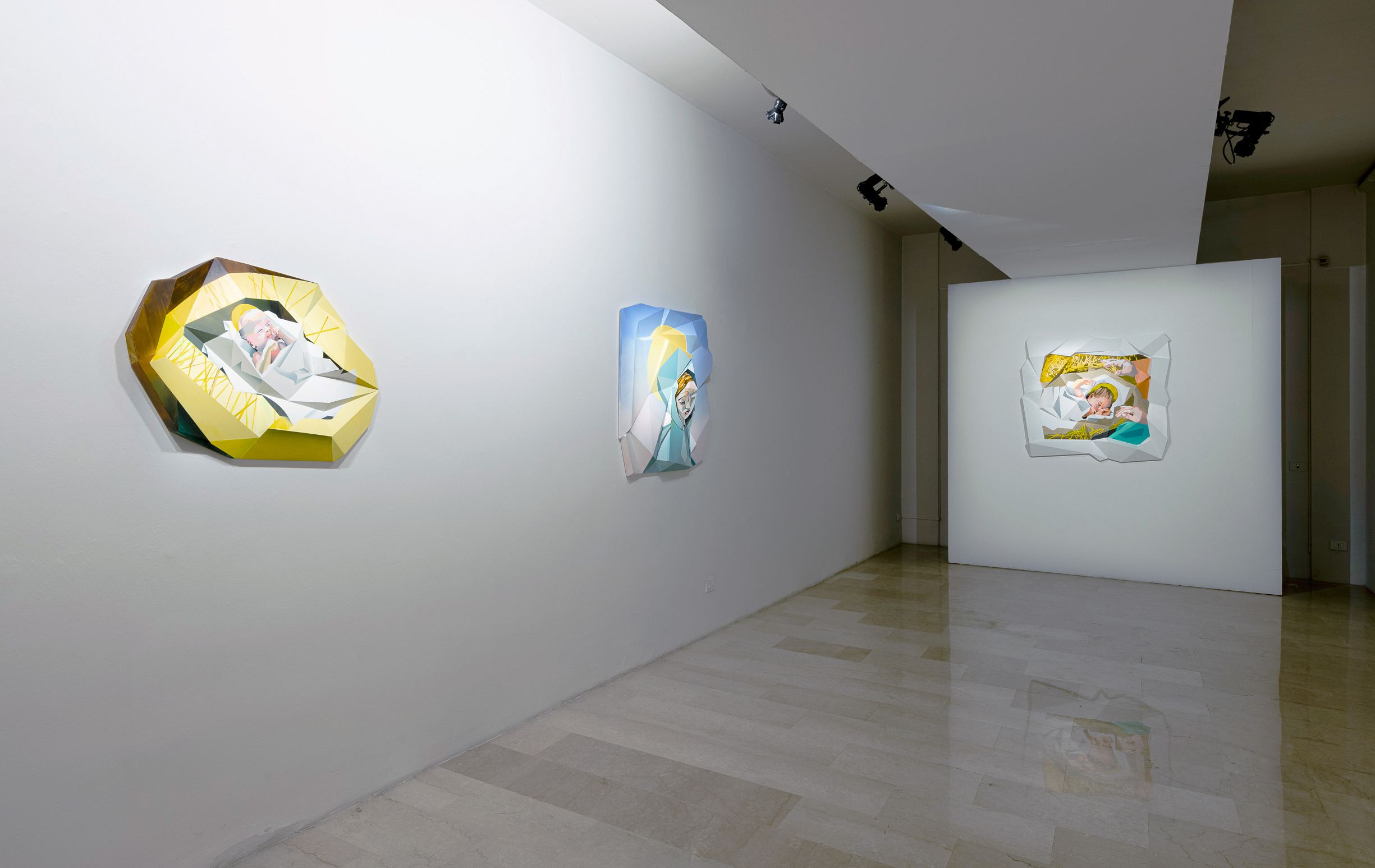 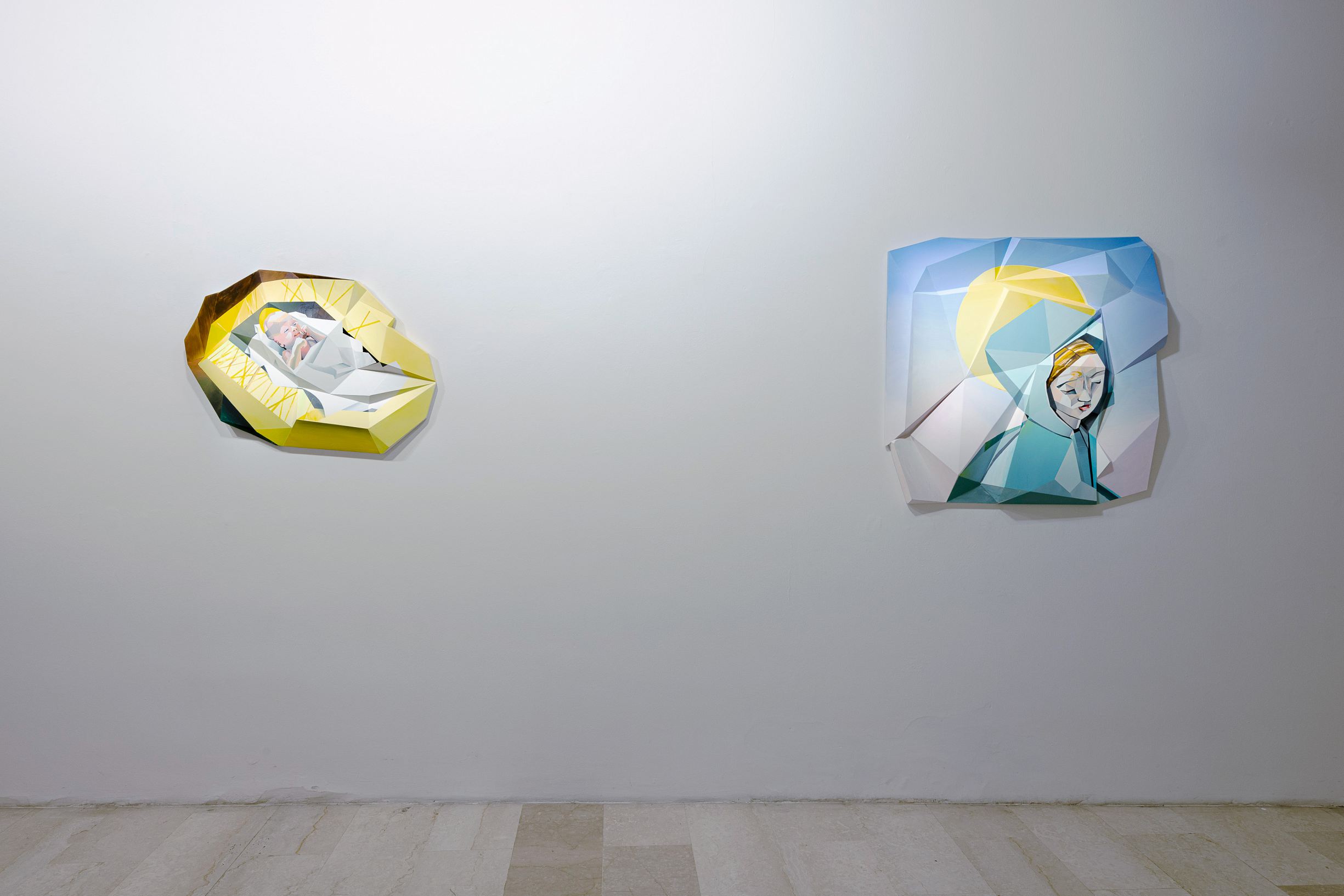 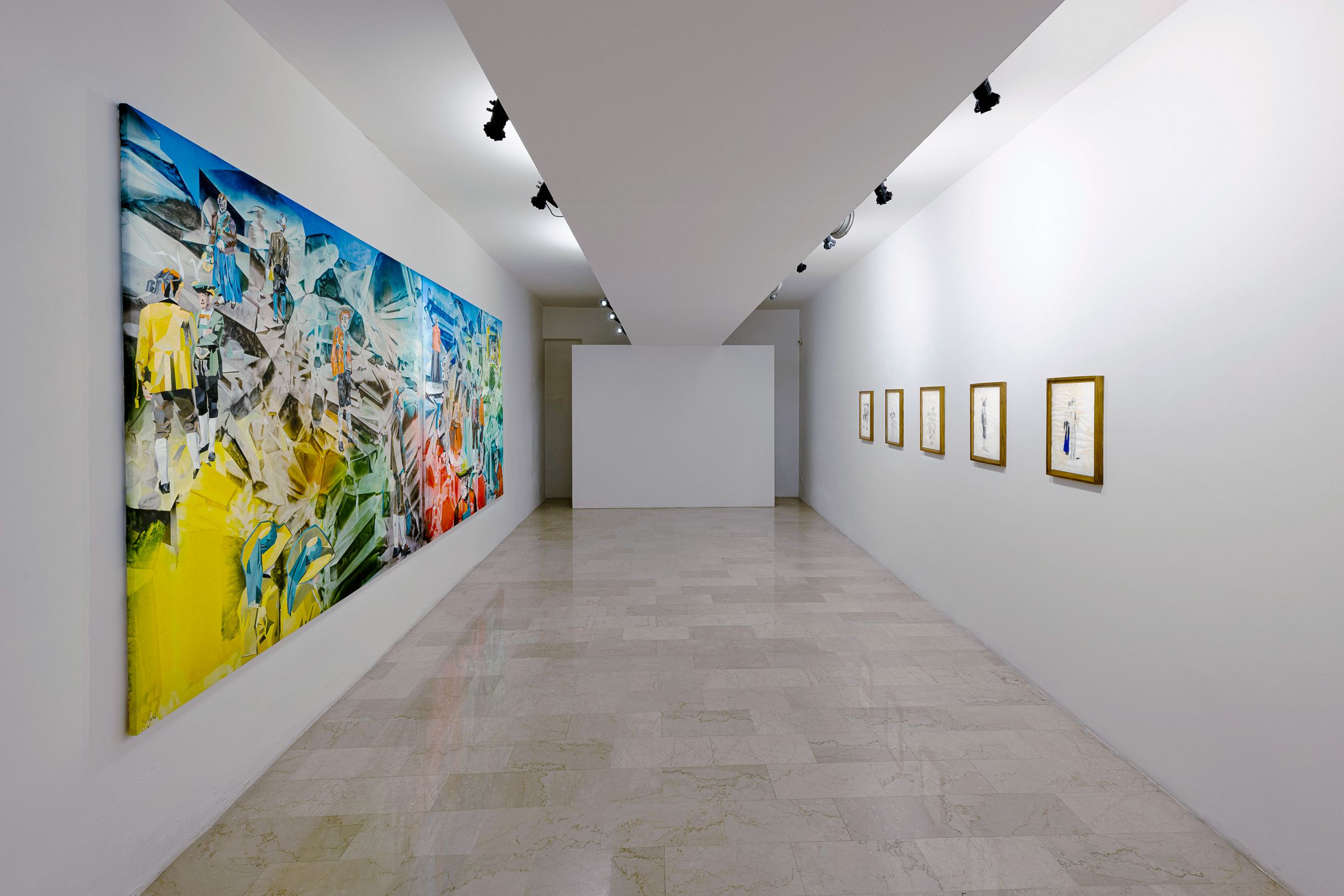 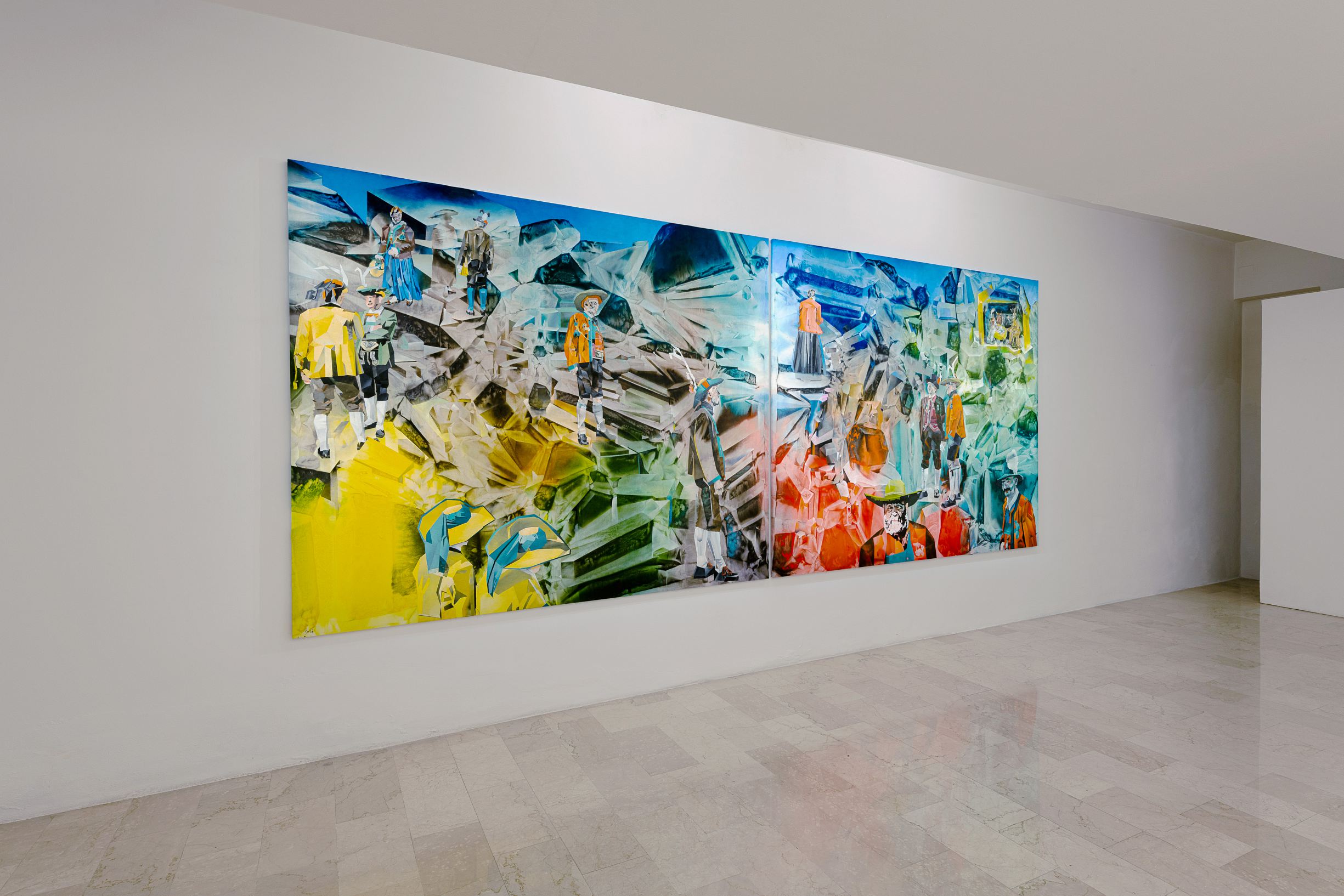 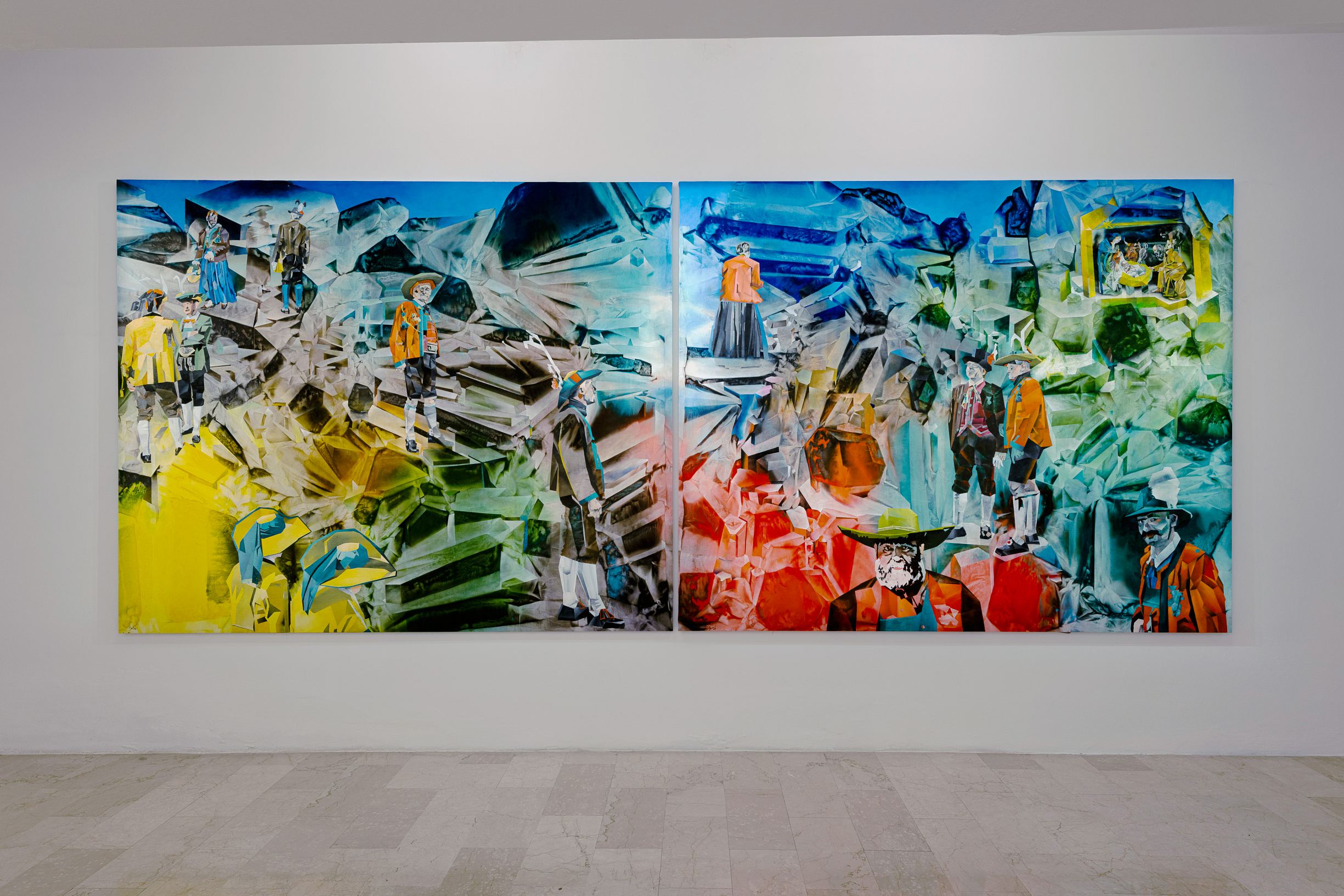 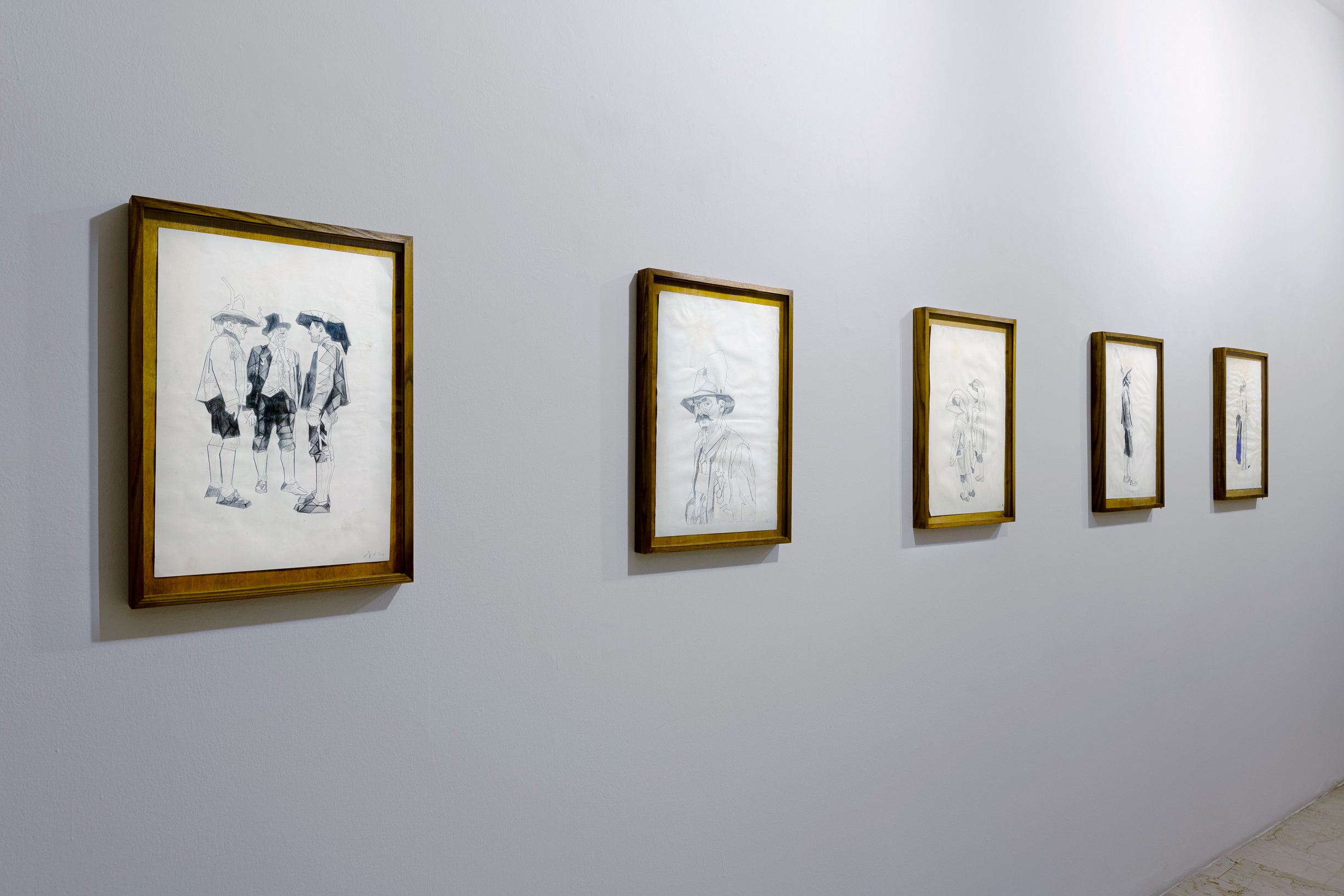 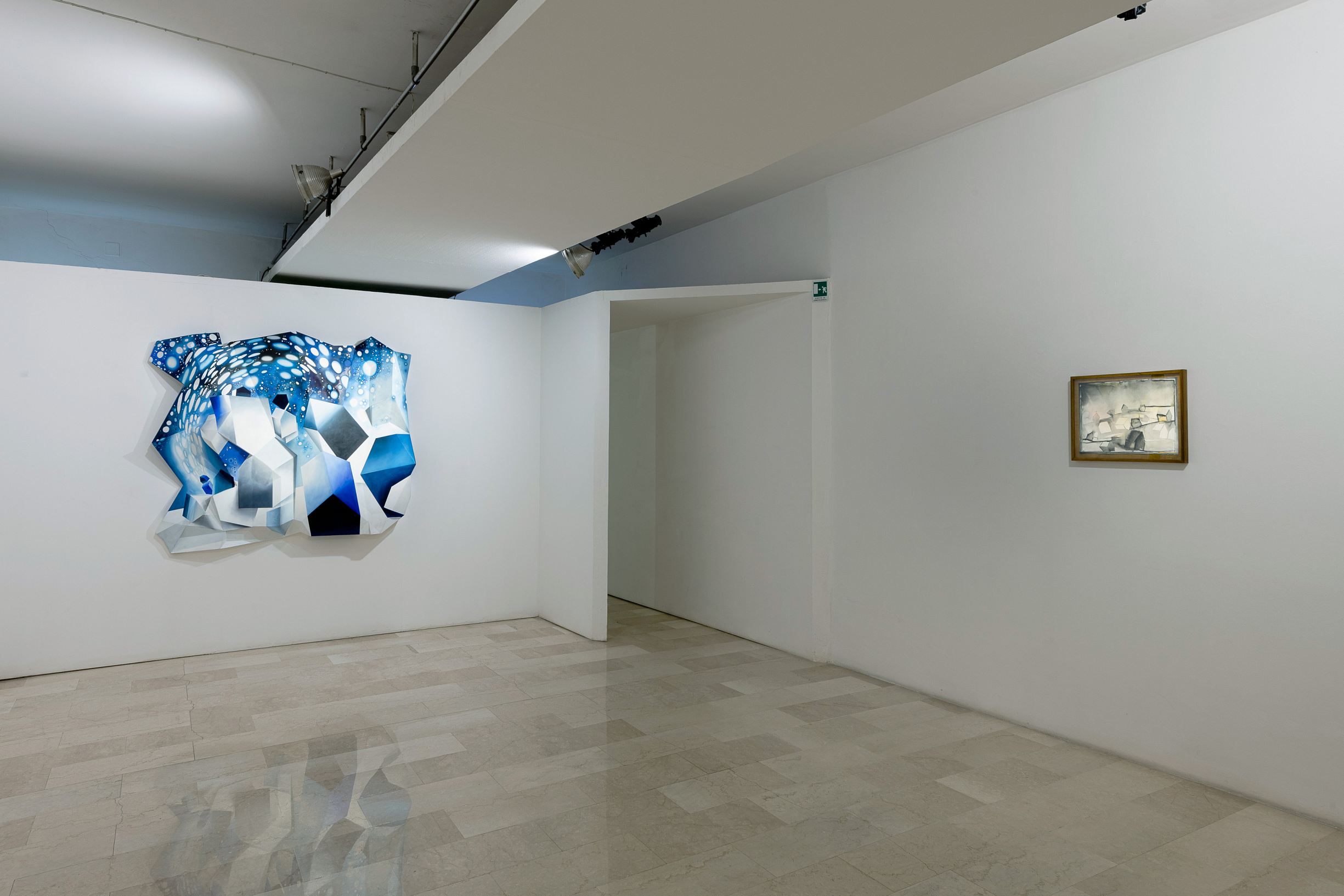 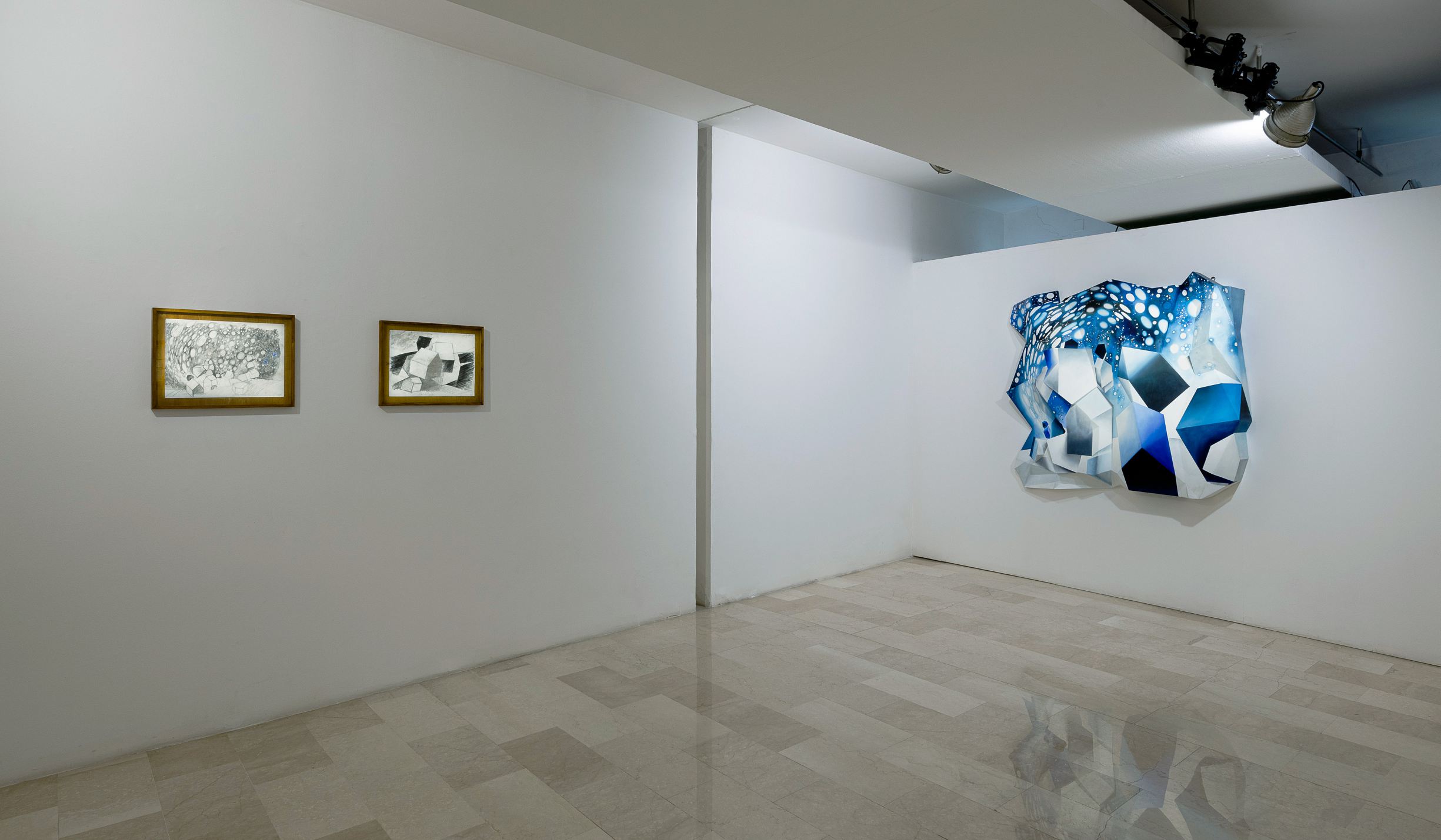